As you know, we operate Jimdo in eleven languages - and we try to visit the countries and markets Jimdo is present in personally. I wouldn't say we've been particular good at that over the last months, though.

One market none of us three had ever visited is Russia. I personally have wanted to go for some time, but never found the right occasion. Since we were invited to take part on a panel for Russian Internet Week this year, I decided to go for three days. Having just got back, I regret not having gone before.

Russian Internet Week is a three day event, a mixture between trade fair and conference. The panel discussion I joined was about venture capital; I gave a presentation on why we declined a funding round earlier this year. There were five VCs and one investment manager on the panel with me, and I expected a fairly intense discussion. In the end, that didn't really happen, maybe also because the discussion was in Russian. Being on the panel was a good experience: the audience asked solid questions, and it was nice getting to know the fellow panelists and practice.

Getting to know other startups is really important for us: we already toured the US for a week just visiting other startups (Christian organized this for us while we he was in San Francisco for a year). It's really inspiring to hear founders sharing their experiences, perspectives on the market and vision behind the ideas. While we were in Moscow we also made it a point to visit other tech startups, and this was definitely one of the highlights of the trip.

There's no question, taking time to meet with partners and media contacts is great. Talking with them is a great way to gauge the impressions we have of the local market, brainstorm new opportunities, and create visibility locally.

Spending time with the team

Three days is not a whole lot of time to get a good picture of the entire Russian market. But three full days with our Russian team is more than I get to spend when I'm sitting together with them in the Hamburg office. Walking around town, discussing the impressions I got during the day helps a lot to understand the problems and the opportunities in Russia. And it's pure joy to be guided around by the team in "their" environment (it's actually lifesaving - without them I'd have been lost in the metro). I returned with a better understanding of how we can support them to reach our goals. That's the main reason why I regret not having gone before.

And the vodka? Astonishingly enough, I ended up not drinking any. I don't know how that happened, but at least there's one good reason to go back again soon. :) 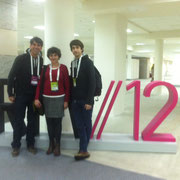 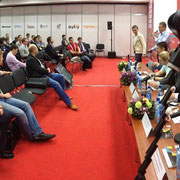 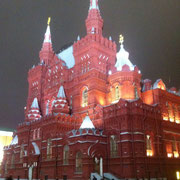 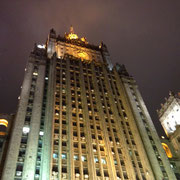 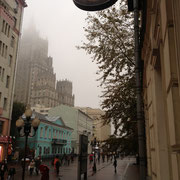 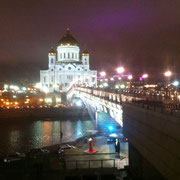 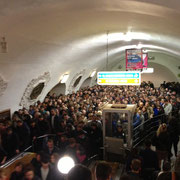 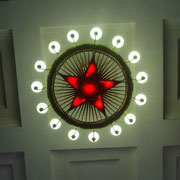 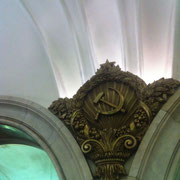