Just a few days ago we wrapped up the Jimdo Founders' Camp in Japan, a user meetup organized by our Japanese team. Now, as far as experiences go, spending the day with 180 Jimdo users (and fans) in a place like Tōdai-ji was just amazing. Even though there are 4.5 million Jimdo sites out there around the world, meeting up with 180 Japanese users in person is really something special. It was also - how should we put it - just a little bit crazy. The pictures at least give you an impression of what it was like: 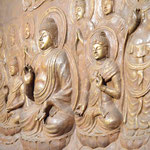 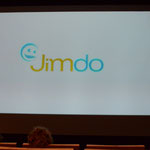 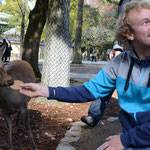 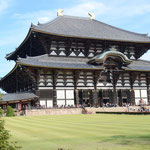 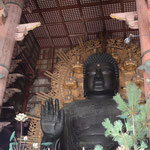 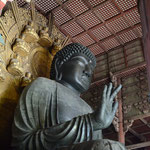 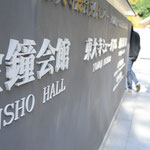 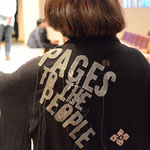 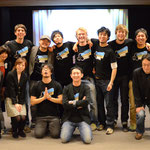 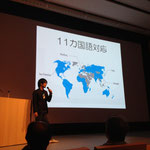 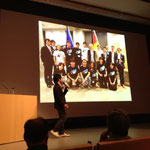 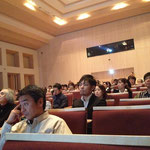 The site of the meetup was as cool as they come: Nara is the exact opposite of a teeming metropolis - but what it is lacking in urbanity, it more than makes up for in cultural richness. The city houses both a National Museum and a UNESCO World Heritage site with the largest bronze buddha statue in Japan. If we had tried to organize a conference there on our own we would have never succeeded, because everything is booked up for the next four years.

Fortunately for us, we have (Jimdo) friends in high places: Atsumi Takebayashi is one of our Jimdo Evangelists in Japan, and has connections in Nara from his college days. He put in a good word for us, which gave us the once-in-a-lifetime opportunity to be here. He was also one of the two Jimdo Evangelists to speak at the camp. (The other evangelist was Akira Nozaki, who also runs the Jimdo cafe in Nagoya.)


Even though Matthias and I had just given a speech in English at the NOAH Conference in London a few days earlier, speaking at the Founders' Camp presented a whole new language barrier. We can say 'how do you do' (konnichiwa) and 'thank you' (arigatô) and order a beer in Japanese, but that's about it. Our jack-of-all-trades Team Japan had to interpret for us again - which they did remarkably well. If you've never had the subtle pleasure of having to wait a few minutes for your punchline to be translated into tiny ripples of laughter in a Japanese crowd, you're missing out.


Most of the users at the Founders' Camp are small and medium-sized business owners, so we decided to present a case study on our first customer ever, Thorsten and his bike shop, Rad & Tour. Hard to believe, but Thorsten has been with us since 1998 - we built his website when we were still 17 years old ;-). Maybe that's a testament to our customer focus. This case study is so useful because Thorsten really realized how important a website can be to the success of a business - and how important it is to link what you do online with what you do offline and vice versa. If you are curious to learn more more, check out our presentation below.

After we wrapped up the Q&A session, we had a chance to talk with the participants one-on-one. It was really something. Each of the three of us had fifteen people lined up in front of him - and more than once, we were asked to pose for the camera standing next to a Jimdo user. Amazing, really :-).

There are no comments yet.